By belt ditch is meant a trench, more or less wide, dug into the ground, allowing the flow of fresh water from around the salt marsh: agricultural land, residential areas or road network. It ensures their collection and their evacuation to the ocean at low tide via the primary or secondary hydraulic network of the marsh: the stirrups and the bungs. 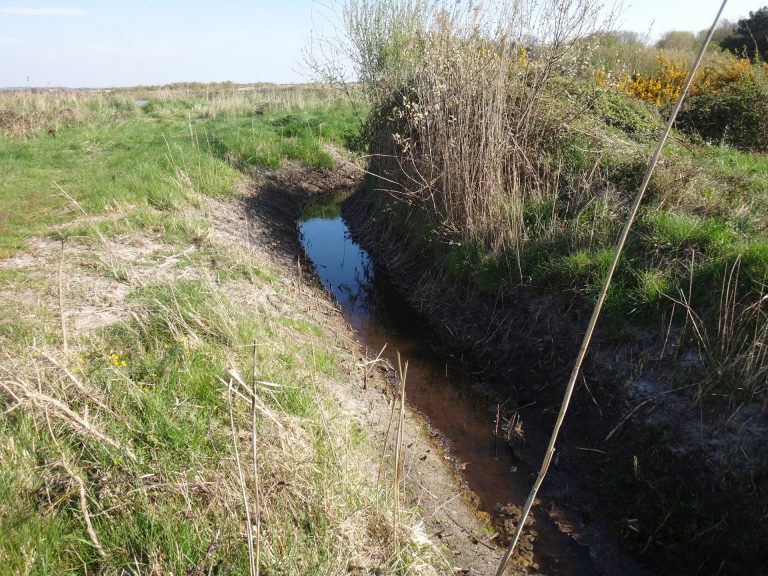 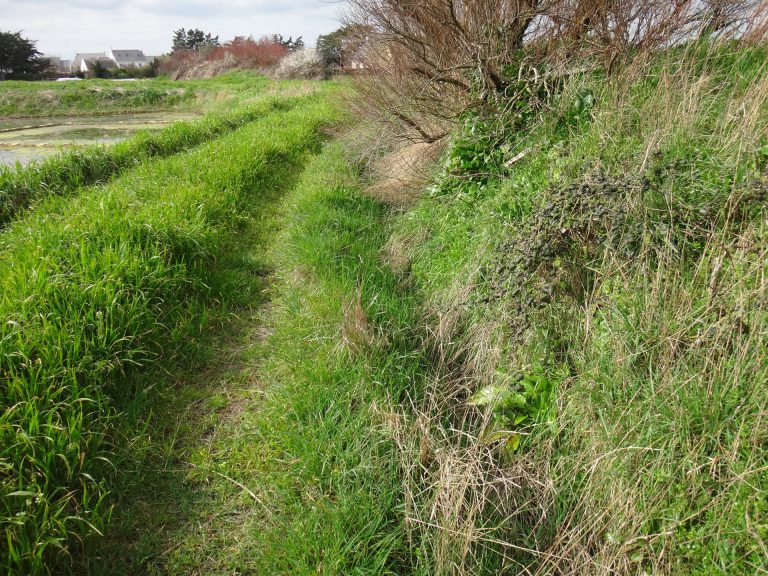 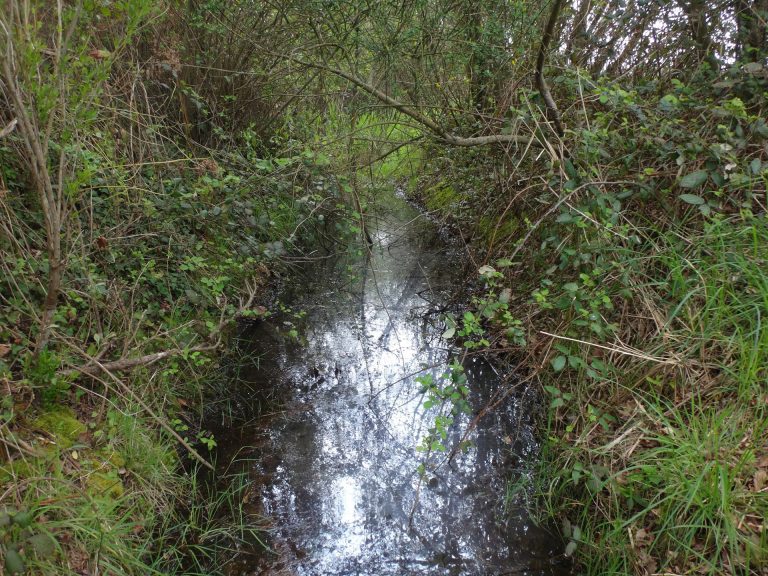 These ditches, at the interface between soft and salty environments, constitute ecotones (transition zone between two ecosystems) and host heritage species notably amphibians and odonates. Due to lack of maintenance, part of these ditches is completely blocked by decaying vegetation and invaded by woody vegetation (willows, blackthorn, Baccharis).

Thanks to the prioritization of ditches, the results will make it possible to target the ditches to be restored as a priority.

The study was carried out in spring 2019 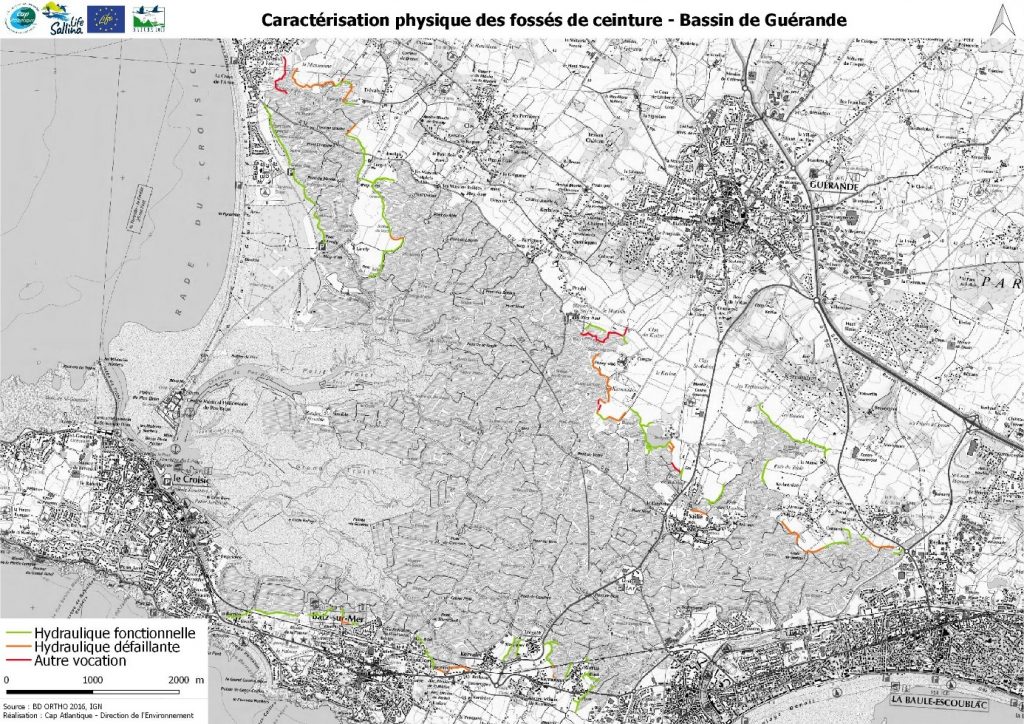 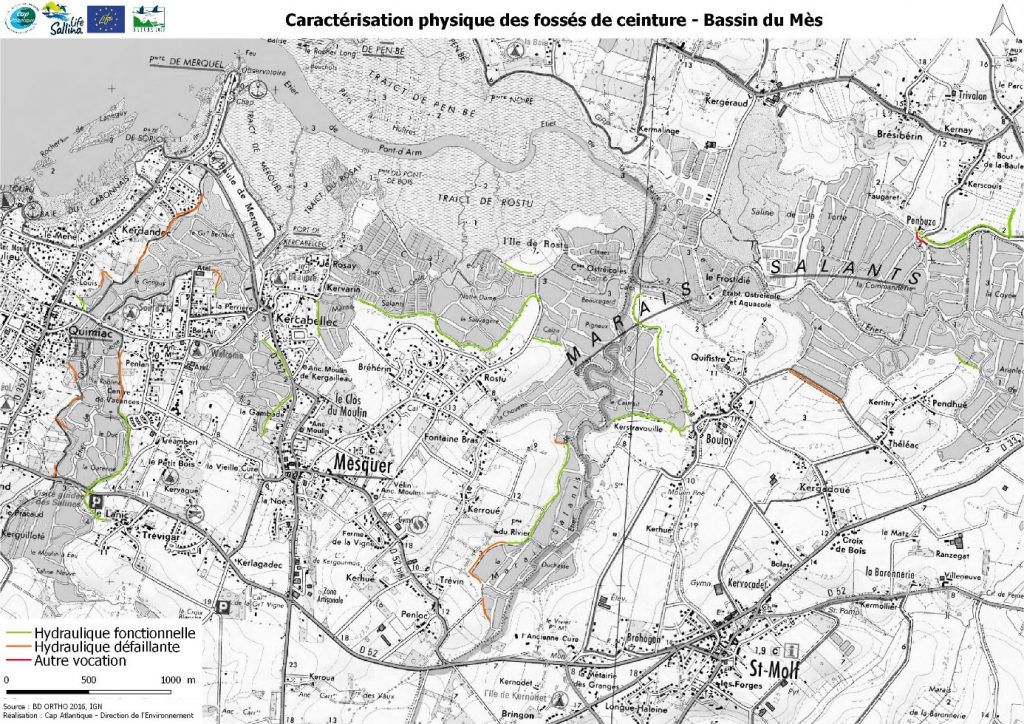 The listed species are relatively common with the exception of the Calamite Toad (mentioned in Annex IV of the Habitats Directive and classified as “Vulnerable” on the red list of the Pays de la Loire) and the Pélodyte punctée which both present a local stake . 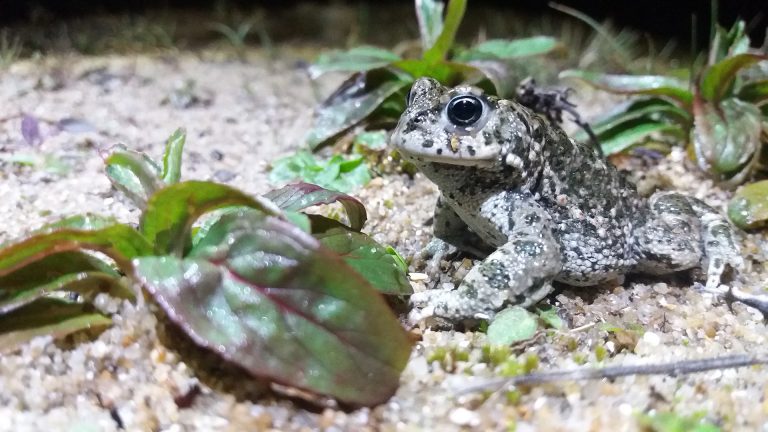 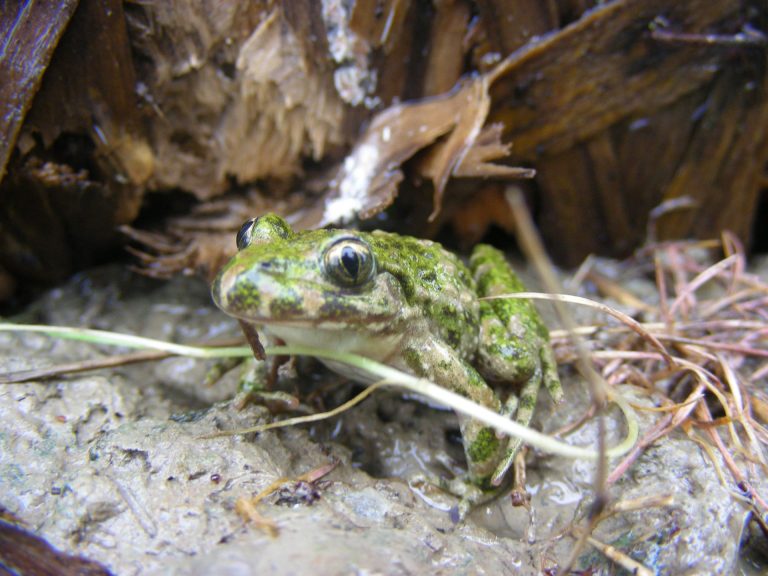 60% of the ditches studied were frequented by at least 1 species.

Although surveys were concentrated on areas favorable to the presence of odonates (water ditches, open areas, presence of bulrushes), few individuals were observed.

In addition, despite a specific research protocol for Leste à grand stigmas (Lestes macrostigma), the species was not found. Classified as “Endangered” on the red list of odonates in France, this species is particularly present in the Vendée marshes.

Other observations: the study made it possible to highlight the presence of the amphibious vole (Arvicola sapidus) at various points in the network of ditches. A nationally protected species and for which populations are considered to be declining in the Pays de la Loire region, little data has so far mentioned it in the salt marshes of Guérande and Mès. The presence of the species must be taken into account when carrying out restoration work on the belt ditches (maintaining areas with sufficient vegetation height to conceal individuals during the work).