The salt marshes of the Guérande and Mès basins are artificially dammed marshes between the 9th and 14th centuries. They are bordered by intertidal mud flats, called the Traicts du Croisic and Mesquer-Pen Bé, with a surface area of 680 and 270 hectares respectively. Intimately linked to the salt marshes, the Traicts du Croisic and Mesquer-Pen Bé constitute, with the marshes, a functional unit (all feeding and resting areas for birds) for the 25 to 35,000 wintering birds each year on the sites.

The salt marshes are made up of a multitude of basins separated by clay slopes, generally of small width in the Guérande peninsula. They are supplied, from the traits and from the Bay of La Baule, by an extremely dense hydraulic network, composed of stirrups, bows and squids. This network makes it possible to distribute sea water in a series of basins which will all contribute, under the effect of the wind and the sun, to increase the temperature of sea water and to make it evaporate to lead to salt crystallization. Throughout its journey, water circulates by gravity and flows through the basins. 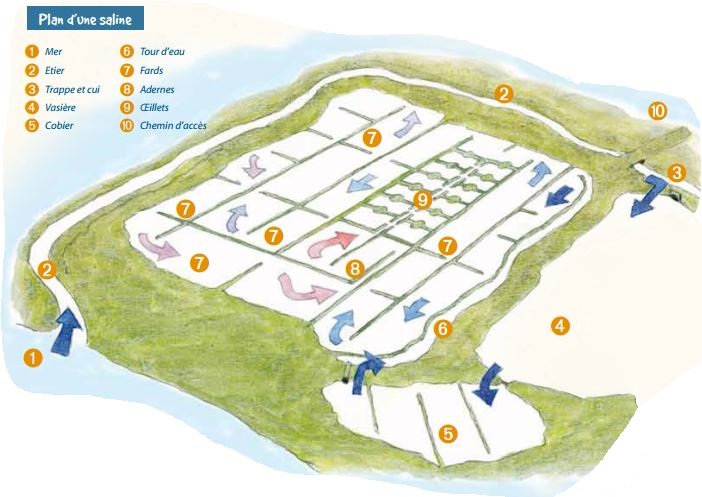 This multitude of basins, the hydraulic network, the levels of salinity and the tangle of embankments give the marshes a great heterogeneity of environments, particularly favorable to biodiversity.

More than 85 species of birds covered by the Birds Directive use the site for migration, nesting or wintering. Of these, 43 species are listed in Annex I to the Directive. These particular species are those justifying the designation of Natura 2000 sites and which must be strictly protected within the European Union.

The salt marshes of Guérande and Mès are a major challenge for several species:

Regarding flora, the marshes of the Guérande peninsula contain one of the rare populations of Tolypelle saline (Tolypella salina), a species protected in France and present in only 11 municipalities worldwide.

The main economic activity of the Guérande and Mès salt marshes is saliculture. Of the 23,000 carnations on the site, almost 15,000 are used for the production of artisanal salt harvested manually by around 300 salt workers.

Some salt basins were transformed into clear aquaculture during the 70s but this use remains very marginal, a good part of them having been abandoned by shellfish farming in the early 90s.

The main factors influencing the preservation of salt marshes and their biodiversity are the homogenization of natural environments in the exploited area, the degradation of the hydraulic network in uncultivated areas and the development of invasive exotic species, in particular Baccharis halimifolia.

The main actions planned on the Guérande and Mès salt marshes are :

15 pilot sites covering 260 hectares and distributed in the municipalities of Guérande, Le Pouliguen, La Turballe, Mesquer, Saint-Molf and Assérac have been validated by the local working group bringing together the different actors of the marsh to benefit from ecological restoration work in as part of LIFE Sallina.
These sites were selected for their ecological restoration potential (degraded natural habitats) and because they are little or not exploited. 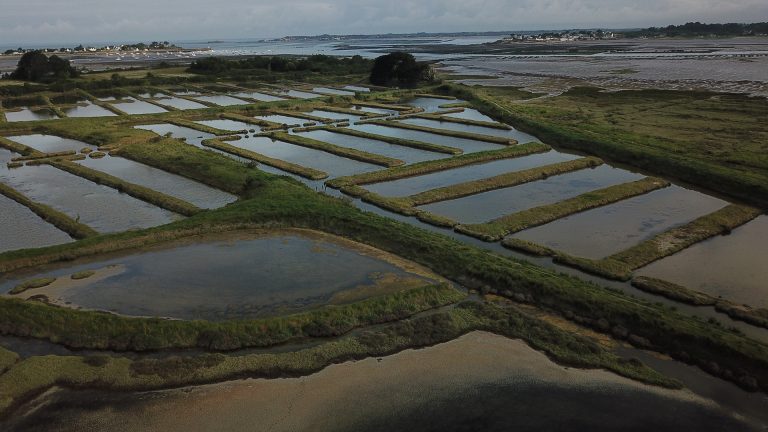 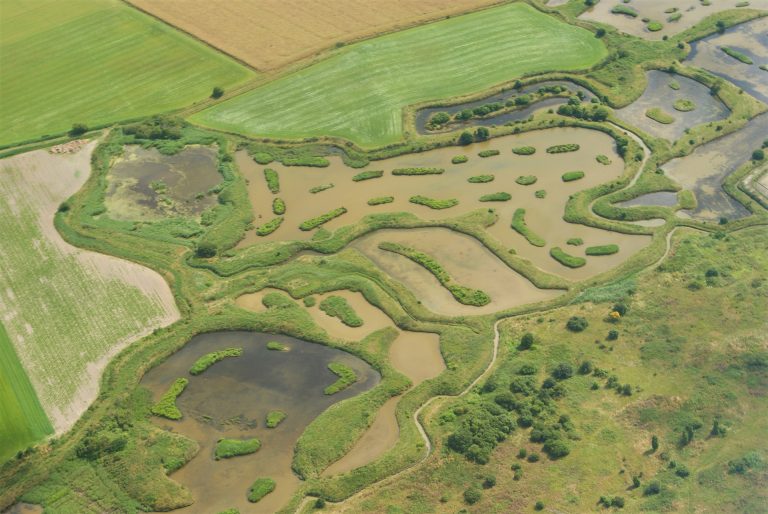 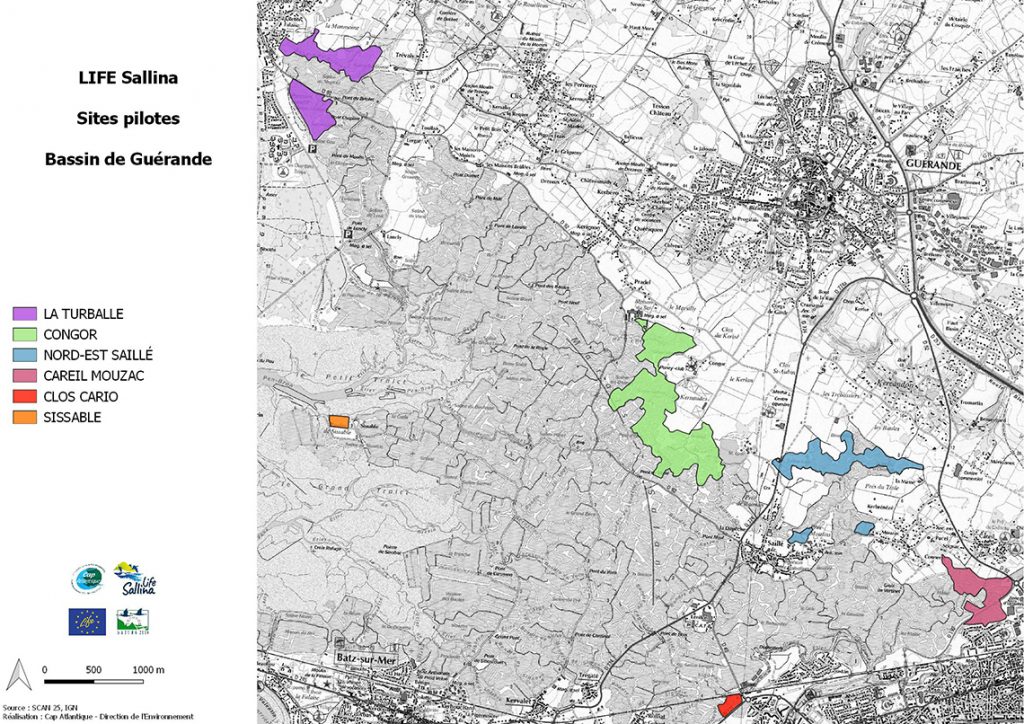 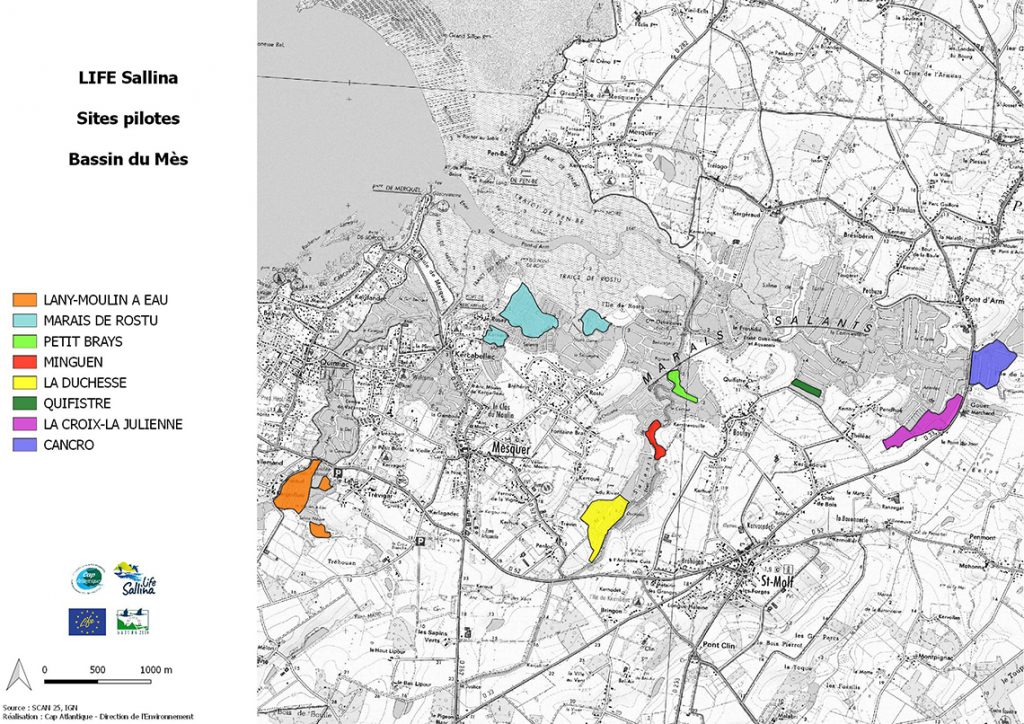