The reed beds are found in the abandoned salt flats of the salt marshes (mainly in the Guérande basin). Most often located on the outskirts, their presence is linked to the accumulation of fresh water from the watersheds in the saltworks. This is particularly the case when the belt ditches no longer allow the evacuation of rainwater (filling, landing)

Depending on their surface, from a few dozen square meters to several hectares, they host the nesting of many ducks, rails and paludicultural passerines such as the Sedge Warbler (Acrocephalus schoenobaenus), or the Whiskered Bread (Panurus biarmicus). Several pairs of Marsh Harrier (Circus aeruginosus) (Annex I of the Birds Directive) nest in these reed beds. During the migration period, the Aquatic Warbler (Acrocephalus paludicola), the most endangered species of passerine bird in Europe, stops there during its journey between Eastern Europe and sub-Saharan Africa.

Although the natural dynamics of reed beds are quite weak, in the absence of management (mowing), plant matter accumulates which leads to their gradual landing. This promotes colonization by ligneous trees (willows, holm oaks, etc.) and their disappearance. 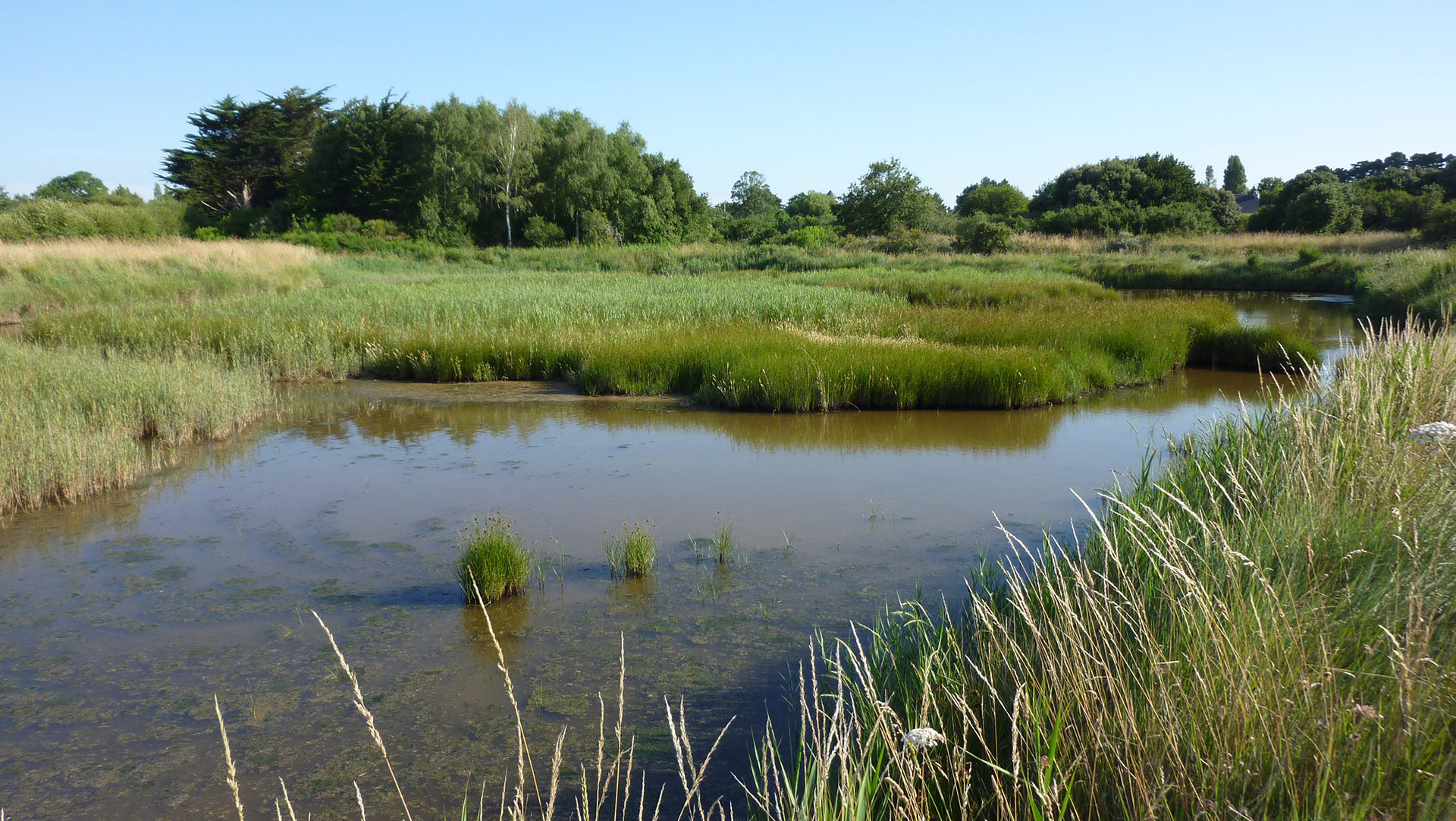 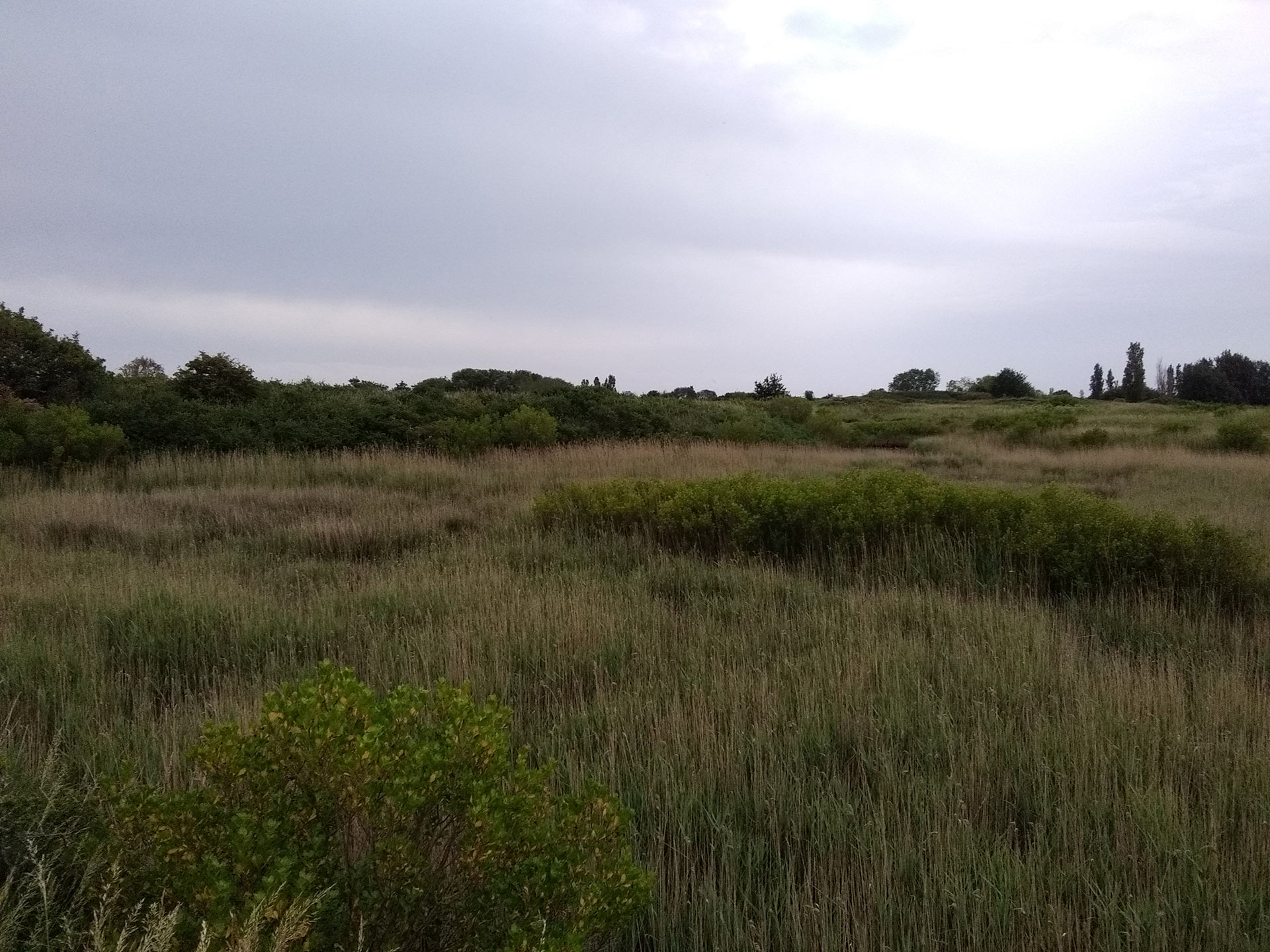 The objective of the study is to physically characterize the reed beds (density, shrub colonization, litter, etc.) and to assess their interest in the nesting of malarial passerines.

Thanks to the hierarchy of reed beds, the results will make it possible to target the reed beds on which to implement restoration work or land security operations (agreement with the owners).

The study was carried out in the spring of 2019.

The reed beds studied complete the mosaic of environments available around the salt marshes. They are numerous but often on small surfaces which offer few nesting possibilities for certain species such as the Turdoid Rousserolle (Acrocephalus arundinaceus). On the contrary, the presence of patches of reed beds can contribute to the maintenance of populations of Marsh Harrier, Sedge Warbler or Reed Sparrow (Emberiza schoeniclus). They also provide alternative habitats for the Bluethroat (Luscinia svecica nanmetum)

Of the 81 species recorded, 57 are considered to breed at the monitored points.

The most contacted species are the Red Foxerolle (85 pairs), the Cetti’s Bouscarle (Cettia cetti -38 pairs), the rush cisticola (Cisticola juncidis -38 pairs) and the rush warbler (37 pairs).

Of these 4 species, all protected at national level, the Cisticola des rushes is also classified as “Vulnerable” on the red list of breeding birds in France.

Regarding the heritage species with a high conservation stake in Pays de la Loire noted in the study, let us cite for example the Bluethroat (listed in Annex I of the Birds Directive) or the Mustache Bread (listed on the red list) national breeding bird list and classified as “Vulnerable” on the regional red list of breeding birds)