The Southwestern water vole or Southern water vole (Arvicola sapidus) is a mammal from the cricetidae family (such as hamsters). It is the largest of the voles, weighing between 140 and 300g. It is characterized by a long tail covered with hair and short ears that are barely visible in its dark coat; these two criteria make it possible to distinguish it from the Norwegian rat.

Its global distribution is very limited since it concerns only the Iberian Peninsula and France, except Corsica and the eastern and northern fringes of the country.

It colonizes any type of natural or artificial aquatic environment, sweet or salty, up to 2000 m altitude. The key element of its installation is the presence of dense and high riparian vegetation (reed beds, herbaceous plants) within which it will be able to move while remaining sheltered. It does not tolerate large variations in water level. It takes refuge in a burrow dug in the bank and, more rarely, can constitute a nest formed by plant fragments.

Essentially herbivorous, it constitutes “refectories”, where it deposits fragments of plants which it cuts out.

It is active all year round, day and night. Its life expectancy would be 2 to 4 years. In France, reproduction takes place between April and October, the gestation period being estimated at 21 days. Several litters of 2 to 8 young are carried out per year.

The amphibious vole generally lives in a colony of a few individuals confined to a site whose size does not exceed a few hundred meters in a linear environment and a few thousand m² for marshes.

In marsh areas, especially in salt marshes, favorable environments are often very far from each other. This mosaic distribution limits exchanges between groups, even if individuals are able to move long distances in hostile environments.

Stealthy, it is difficult to observe; the feeders and droppings, made up of characteristic dark green droppings, which it has along the banks are the best indicators of its presence. 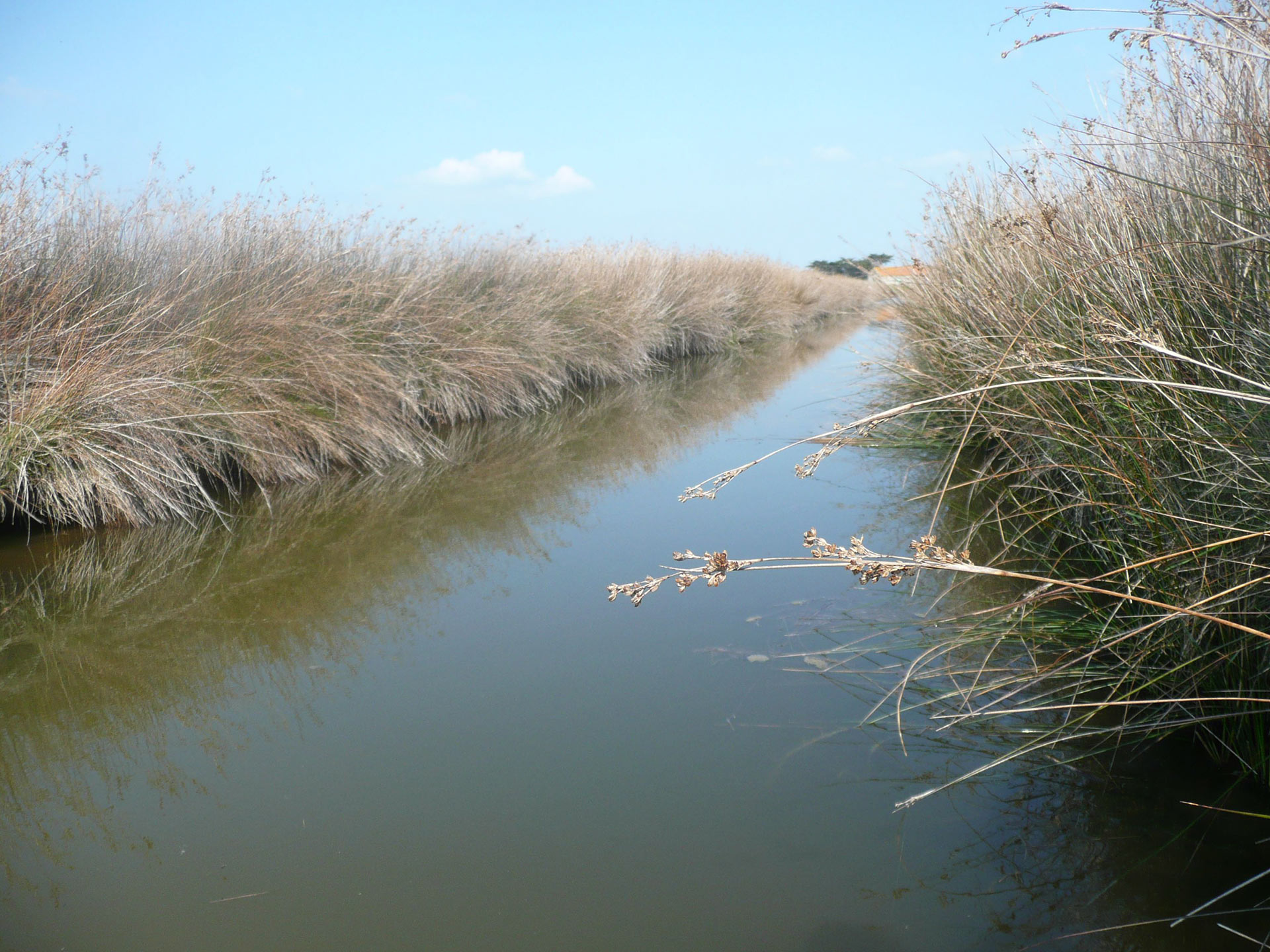 The species is included in the world and European red lists of threatened species where it is classified as “Vulnerable”. For lack of sufficient data, it is considered in France with a less strong status, “almost threatened”, where it has only been protected since 2012. Its distribution at the national level does not seem to have changed much, but the density populations and the number of favorable sites have decreased sharply in a few decades.

The amphibious vole is not included in the Flora and Fauna Habitats directive. However, its very limited global distribution makes it a species with high heritage value.

In Vendée, the Southern water vole is present in the Marais Breton, without being able to know its distribution; given the state of the riverine vegetation, it is undoubtedly more present in the soft marsh than in the salt marsh.

On the Île de Noirmoutier, it is observed on the outskirts of the Natura 2000 site, but also in salt marshes in abandoned ponds or marshes with borders of reeds, rushes or bulrushes.

The populations are particularly dense in the Polder de Sébastopol Regional Nature Reserve.

In the Guérande and Mès marshes, its presence is only attested in certain belt ditches or on a few ponds in the middle of the marsh. This situation greatly restricts its distribution.

Currently, the situation is classified as stable to decreasing.

The Southern water vole is mainly threatened by the disappearance of its habitats, in particular the maintenance or destruction of riverine vegetation mainly by grazing.

Nutria and Muskrats compete with the vole. In addition, the poisoning campaigns of these invasive species have also impacted its populations.

Little known and often confused with a rat, awareness campaigns with trappers in the Breton Marsh have been carried out to avoid the destruction of captured individuals.

No specific action is planned in LIFE. However, within the framework of the study on the Leste with great stigmas, a state of presence of the vole will be jointly realized at the level of the scirpaies, habitat favorable to the species. In addition, the study carried out on the belt ditches of the Guérande and Mès marshes highlighted the presence of the amphibious vole, hitherto unknown in these ditches. Finally, the restoration work carried out as part of LIFE Sallina will take into account the presence of the species in order to guarantee its maintenance in the sectors where it is present.

Information will also be disseminated to farmers and salt workers as part of the various MAE contracts to protect local populations and conserve areas likely to be colonized.